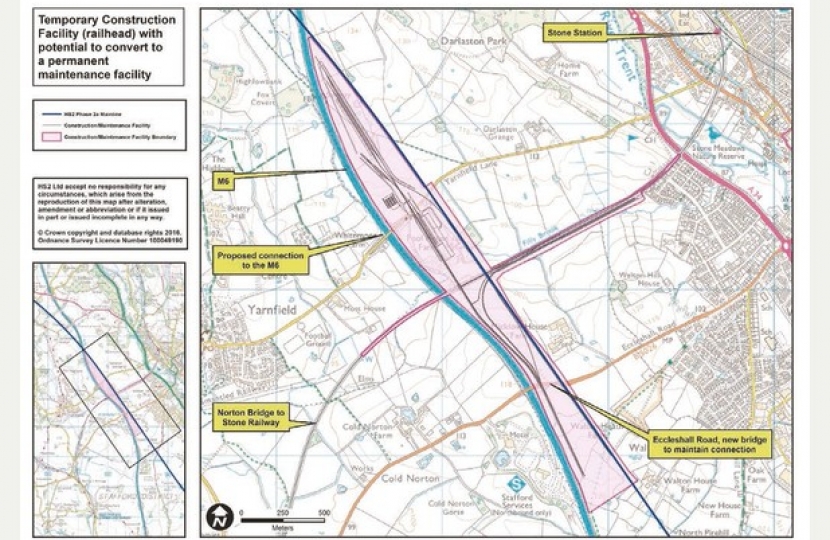 Stone MP, Sir Bill Cash is to hold a debate in the House of Commons on ‘HS2 phase 2 consultation and Stone constituency’ this Thursday afternoon. Further to his letters of objection to the Secretary of State for Transport and sent to HS2 Ltd (enclosed), he will be putting forward his constituents’ ongoing objections to the project as it impacts upon the whole of his constituency and to include the consultation to build a temporary construction facility (railhead) near Stone.

The debate is a half-hour ‘adjournment debate’, which take place at the end of each day’s sitting in the House of Commons. They are an opportunity for an individual MP to raise an issue and receive a response from the relevant Minister. At the end of the day’s main business, the Speaker of the House of Commons calls a government whip to move the motion 'That this House do now adjourn'. The MP who has been allocated the debate – in this case, Sir Bill Cash – is then called to speak and the Minister is given time to reply.

Sir Bill will also be holding a further public meeting at 3.30pm on Saturday 3rd December in Walton Community Centre (Whitemill Lane, Stone, Staffordshire, ST15 0EQ) on HS2, focusing specifically on the proposal to build a temporary construction facility (railhead) near Stone, in-between the proposed HS2 route and the M6.