Appointed for the second year running as Deputy Chair Political, James has a successful career in the tech sector and dovetails this with his duties as the Conservative member for Swynnerton & Oulton ward. Combined with his previous experience working in the public sector both for Government and the NHS, James is a strong advocate of working collaboratively with others to get things done. Believing in a small state and low taxation economy, it is James’ firm belief that as Conservatives it is our duty to act as a strong voice for residents, to push the boundaries of what the state and the community can do to deliver a compassionate and thriving community. AS DCP, James would encourage anyone interested in campaigning and learning more to get in touch to explore ways in which people can support at either a local or a national level.

During this months Economic Development Scrutiny Committee, Councillor’s were given an update on the Council’s approach to supporting the rural communities and the rural economy across Stafford Borough.

Conservative led Stafford Borough Council has again been successful at applying for additional funding from Central Government.  This time, a provisional allocation of £487,936 is to be awarded from the Rural Prosperity Fund, first announced in September.

Local Councillor’s team up to make improvements to bus stop

Play your part in consultation for New Garden settlement 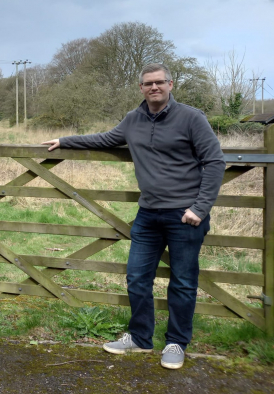